The Bnei Ketura And Black Magic: The Basis for Ayurveda But Not Chinese Medicine 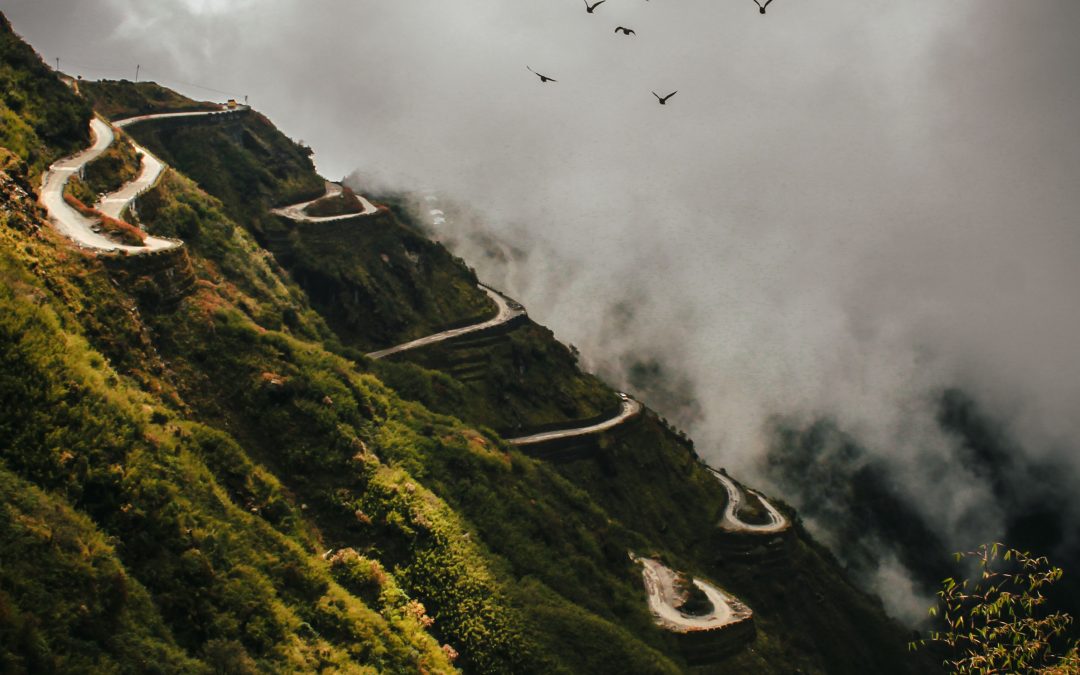 Gifts to the Bnei Ketura

The idea has been suggested that perhaps Chinese Medicine might have been one of the “gifts” given by Avraham Avinu (our forefather, Abraham) to the Bnei Ketura (children of Ketura). The source of this conjecture is the verse in Bereishis (Genesis) (25:6) that says, “And to the children of Avraham’s pilagshim (concubines-which the midrash recognizes as Hagar, also known as Ketura) Avraham gave presents, and sent them away from the vicinity of Yitzchok his son while he was still alive, eastward, to the country of the east.”

1. “Presents…while he was still alive” tells us that Yitzchok was his sole heir.

2. “Presents” coming from Avraham must indeed have connoted something special and unusual. Just what were the presents? The Gemara in Sanhedrin (91a) (on the bottom) teaches us that Avraham gave everything he had to Yitzchok- physically and spiritually. What then, were the gifts that he gave the Bnei Ketura? Answers Rav Yirmiya bar Aba: “He gave over to them the use of Ha-Shem’s name with impurity”. This, Rashi tells us, means that he taught them black magic and demonology (which he had received from Pharaoh as a wedding gift (a nadin), when he married his daughter Hagar while he was in Egypt!).

The Maharsha asks concerning this Gemara: How could it be that Avraham taught Ketura’s children kishuf (black magic) which is forbidden by the Torah, since we know that Avraham kept the whole Torah even before it was given? Answers the Maharsha: “not to use it, but to have the knowledge”. But wouldn’t there also a problem with having the knowledge, of putting a stumbling block in front of the blind (by tempting them to use it and therefore sin)? Answers the Ayin Yaakov, the prohibition of kishuf is only in the Holy Land, and since Avraham sent them eastward (to India, possibly) there was no prohibition. Interestingly, the Etz Yosef adds: “Lfi sh’makor hakishufim u’maase shedim b’eretz kedem hu” (…since the source of black magic and the works of demons is in the land of the east).

3. “…sent them away from the vicinity of Yitzchok his son,” tells us that Avraham was not interested in their influence on Yitzchok.

4. He sent them not just “eastward” but even further “to the country of the east”. Eastward means the eastern boundary of the land that Avraham will inherit, which the Torah teaches us is the Euphrates river. East of the Euphrates would bring us to Persia (Iran), and the land to the east of Persia is indeed India. So, the logical conclusion could be that the “gifts” Avraham Avinu gave the Bnei Ketura, might have included the ancient disciplines of Ayurvedic medicine and yoga, which do indeed have their roots in Avodah Zara (idol worship) and come from India, a land steeped in tumah(impurity). As such their permissibility halachically (according to Jewish law) would certainly be questionable.

5. There are 6 sons of Ketura mentioned in the Torah: Zimran, Yakshan, M’dan, Midyan, Yishbok and Shuach. Interestingly, who does the Torah call the foremost master of black magic? Bilaam ben B’or from MIDYAN! So apparently, this was something that was inherited actually from Avraham Avinu.

Chinese Medicine is Based on Observation of the World

The origins of Chinese Medicine and acupuncture, on the other hand, are based on natural law, as it states in what all agree is the source text of Chinese medical philosophy, the Huang Di Nei Jing –The Yellow Emperor’s Inner Classic. This work, written more than 2,000 years ago, actually departed from the popular beliefs of the time which maintained that demonic influences caused disease, and instead sought to examine the link between our lifestyle- what we eat, drink, how we live- and the disease process. Additionally, it sought to observe and codify the principles that govern the cosmos and the physical world, and taught how man- as a microcosm of the world- can keep these natural forces (such as wind, dampness, heat, and cold) in balance within himself to maintain health. While some Chinese physicians over the centuries have integrated practices not consistent with Judaism, the vast majority were natural philosophers. You won’t find chanting, praying to deities or other such practices anywhere in mainstream Chinese medicine. You could go through thousands of volumes of material and not find any avodah zarah (idol worship).

Distancing Ourselves From Impure Forces

I want to share one final interesting passage on this topic that comes from the holy Zohar:

Rabbi Abba said: One day, I came to a town where the children of the east live, and they recited some of their ancient wisdom…and brought me one of their books. In it was written: ‘Just as a person’s will directs him in this world, so too there is a spirit above that is drawn according to that which his will attaches itself. If he desires and focuses his intention to higher holy things, then he draws them down for himself from above. If he desires to attach himself to the forces of evil, and he focuses his intention upon them, then he draws that down to himself from above.’ It went on to say that in order to draw something down from above depends upon one’s speech, deeds and the will to attach to it. I found in that book, all the actions and workings of the stars and constellations, what is needed to serve them, and how one goes about directing his will in order to draw their influence down. Therefore, if someone wishes to attach himself to above with ruach hakodesh (divine spirit), he needs to direct his deeds, speech and deepest intention to that goal, and he will be able to draw this down and be attached to it. It also said that that which a person is drawn to in this world, becomes attaches to him when he leaves this world, and remains attached to him in the world of truth, whether of holiness or impurity. If holiness pulls him to the side of kedusha (holiness), and he is attached to it up above, then he becomes one of those who serve HaKodesh Baruch Hu, (The Holy One Blessed be He), among all the angels. Concerning that person, the verse says, ‘And I have placed you to go among those who stand’ (Zachariah 3:7). So, too, with impurity. One who in this world is drawn to the side of Tumah (impurity), causes himself to be attached to those forces who are called human demons. When his time comes to depart this world, they take him and bring him to Gehinom (Hell). It is there that those who polluted themselves and their spirits are judged. Afterwards malevolent forces attach themselves to him, and he becomes a demon like all the others who damaged the world.

I said to them, my children, that which is in this book is close to words of Torah, but nonetheless, you should distance yourself from it, and other books like it, in order to not be drawn to the deviated paths which lead one away from worshipping Hashem. These books all cause people to err, because the children of the east possessed a wisdom which they inherited from Avraham, who had imparted it to the children of his concubine, as it says, ‘And to the children of Avraham’s concubine, he gave presents,’ and in time this wisdom became adulterated to many deviant paths. (Zohar, Vayera:80)

The point we need to learn from this Zohar is that in many ancient traditions, there may be ideas which are similar to the Torah. But learning different wisdoms from them can be dangerous potentially leading one astray from paths of holiness. The main reason that I call our medicine Traditional Jewish Medicine is for that very reason: we have a precious, undeviated inheritance that we have received from our forefathers going all the way back to Avraham Avinu. Our sages tell us that the word emes (truth) is made up of the first, middle, and last letters of the aleph beis (Hebrew alpha bet). It is firmly grounded, so much so, that for any belief system or philosophy to have any validity or credence, inevitably it will be rooted in the Torah.  With its roots in the Torah, it has inbuilt power and attraction, which draws people to it, and this is the problem with the idolatrous philosophies (such as Ayurveda) of the East. Avraham wanted no part of those traditions- that were close to the Torah yet seeped in impurity- for his son Yitzchak, and neither should we, his descendants.

However, as we’ve learned as Avraham Avinu came to the knowledge of Hashem through observing phenomena, so too, l’havdil (there is no comparison) the early masters of Chinese medicine and philosophy came to the awareness of the universe, and man as a microcosm of it, through observation. Though it is impossible to sanitize a skunk, that which is pure at its source can surely be elevated. It is this that Traditional Jewish Medicine takes from the wisdom of Chinese medicine and elevates it.